Tanya Rey delivered a monologue from a novel-in-progress about Miami-Cuban adolescents. Edmund Zagorin told an ekphrastic story about Internet art, social media neuroses, and how symbols reduce us. Natalya Sukhonos touched on sunflowers, Aphrodite, teaching eighteen-year-olds, the apple within, and her personal vampire, concluding with her "Ode to a Broken San Francisco." Alexandra Naughton was about not being satisfied with being worshipped, her type being losers, and affairs between people neither of whom are married. Ali Eteraz delved into such subjects as pornography about Islam, the significance of the number nineteen, and the immigrant's need for children. Ian Singleton, stepping in as MC at the last minute so James could play piano, turned out to know the lyrics of Mack the Knife in German and be capable of singing like Louis Armstrong, all we could ask of an MC. This was the first InsideStorytime ever to happen in Oakland. 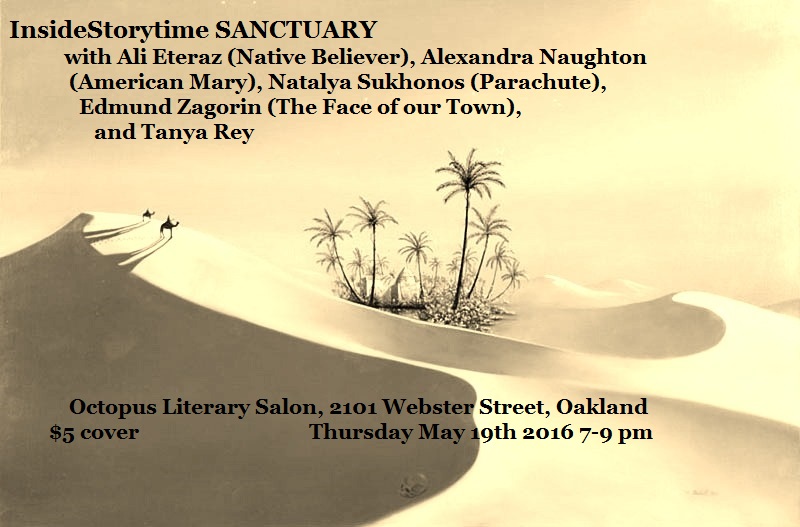